Please join us at Christina Parker Gallery on Wednesday, June 8 at 7:00pm for a very special artist talk by Ned Pratt as he discusses his recent work. 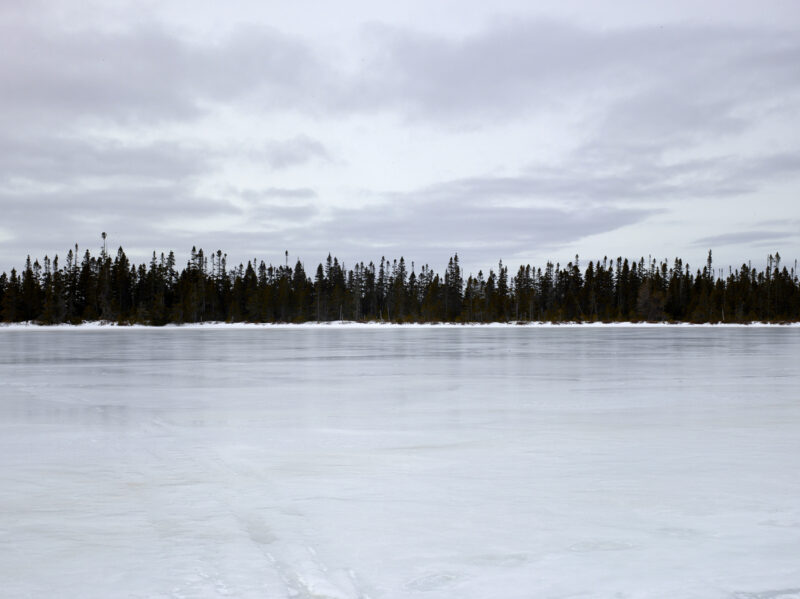 Ned Pratt grew up in the community of St. Catherine’s in St. Mary’s Bay, NL

In 1986 he graduated with a BA in art history from Acadia University and then went to Vancouver to study architecture at UBC.  Disliking it immensely, he returned to Eastern Canada and the Nova Scotia College of Art and Design where he earned a BFA in photography in 1990.

Ned Pratt’s inaugural exhibition with Christina Parker Gallery was by invitation in December 1993. The work he exhibited was a series of exquisite silver gelatin photographs of small family owned businesses in downtown St. John’s. Pratt’s work has evolved over the last 23 years from intimate approaches to portraiture and documentary photography to present day large scale observations of the land.

The current large scale photographs do not remove the viewer from the intimacy achieved in his earlier work, but open up a new inner landscape that both captivates and excites the imagination.

Pratt’s work has been featured nationally and internationally in high profile exhibitions such as Oh Canada, at the Massachusetts Museum of Contemporary Art in 2012, Changing Tides: Contemporary Art of Newfoundland and Labrador at the McMichael Gallery in 2014, and the Contact Photography Festival in Toronto in 2012. His work has shown with Christina Parker Gallery each year at Art Toronto since 2003. Recently, the work of Ned Pratt was shown in a highly successful solo exhibition at Nicholas Metivier Gallery in Toronto. His photography is found in significant public and private collections worldwide.